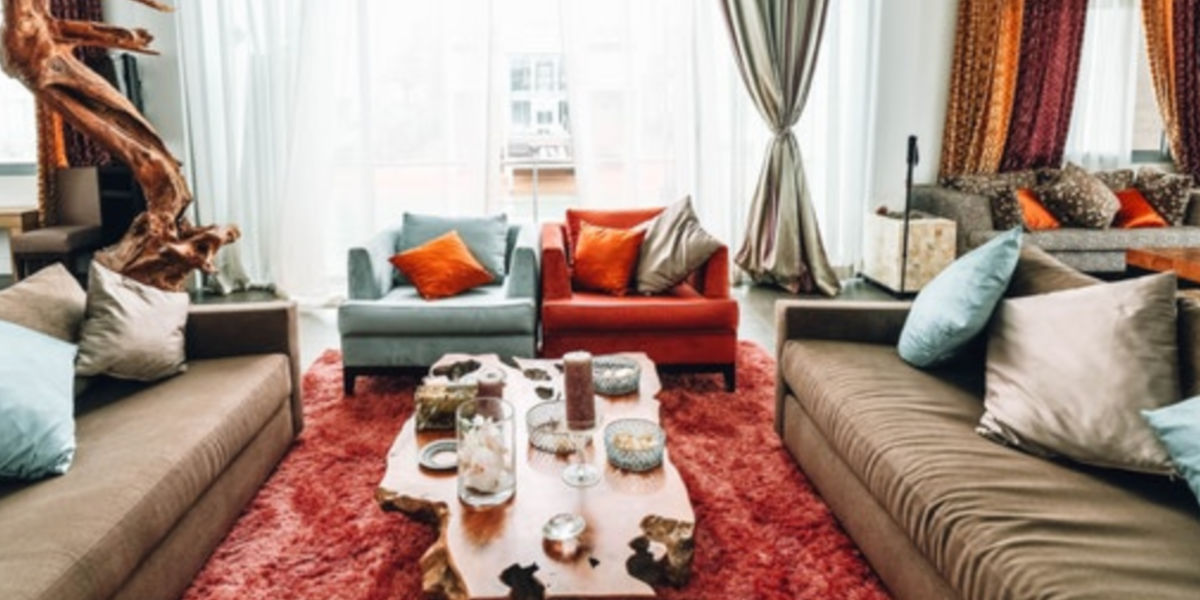 You hear a lot of people preaching about the importance of letting go of things that are no longer serving you and freeing yourself from clutter and anything else that overwhelms you and prevents you from living your very best life. Yet, learning how to let go of stuff can be hard.

Marie Kondo’s book, The Life-Changing Magic of Tidying Up,  was so popular that many people are taking “letting go of stuff” more seriously than ever before.

Kondo is a follower of the KonMari method of organizing, which advocates deliberate consideration of everything you own.  The method involves choosing to keep only those items that spark joy in your life and letting go of the rest.

Minimalists would go even farther, advocating a massive purge of belongings.  I don’t necessarily recommend having your belongings be so minimal that they fit in a suitcase (there are some people who’d go this far, James Altucher, the famous entrepreneur and author of Choose Yourself, for example, prides himself on owning nearly nothing). The Big Benefits I’ve Found From Letting Go of Stuff  (It’s Not Just About Clutter!)

From experience, I know there is great value in reviewing all your belongings and keeping only those that truly serve you, then sending the rest on to others who will benefit from them.   I also know it’s not an easy thing to do.  Just like many things that help us live better lives, it requires time and effort. 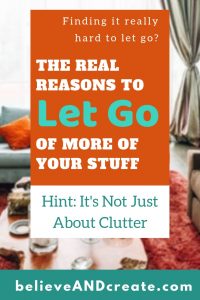 When what you own begins to own you, when it begins to overwhelm you or requires too much of your time and attention to care for, then you have a problem.  And, when your belongings are going completely unused, you’re failing to experience one of the biggest joys you can experience in life:  the joy that comes from generous giving.

I’ve personally had a lot of experience letting go of things that no longer served me, things I no longer needed.

Too Much Space and Bad Spending Habits Led to Stress and Overwhelm for Me.

Three years ago I lived alone in a 4,000 square foot 5-bedroom home packed to the rafters with stuff. No,  I wasn’t a hoarder;  the house was tastefully furnished and decorated.   The problem was the place was so large for me that it allowed me to accumulate belongings far beyond what I really needed.

Can you imagine having five bedroom closets all to yourself?  Just in closet space alone, I had far more space than I needed.

So when you consider all the available space in my house and the fact that I had a high-paying (super high-pressure) job at the time, my life got a bit out of control. The stress plus the money plus the extra space was not a good combination for me; in fact, it created the perfect storm for being mindless when it came to my acquisition habits.

I bought more and more things that I believed would bring me joy. I don’t know that I’d consider my behavior flat-out addictive, but it sure wasn’t constructive. I was definitely stressed to the max. I Wasn’t an Extravagant Spender; I Just Acquired Too Much Stuff!

Nothing that I bought was very expensive, by the way. I still had my “you’re poor” mentality deeply embedded in my psyche, because I grew up in a family that always struggled with money.

Buying modest things, usually on sale, became a habit;  The stuff I bought gave me joy for a while (particularly if I acquired the items at a sweet sale price), but the joy I felt from the initial purchase never lasted.  Worse, I ended up with so much that I couldn’t even keep track of what was in my house.

I’m embarrassed to say I unknowingly had many duplicate items in the house; I was floored when I was in the eight-month process of sorting and purging in preparation of moving and all the duplicates were revealed.

Six snow shovels (and I typically paid to have my driveway and sidewalks cleared).  Enough kitchen pans, bowls, dishes, and gadgets to outfit five homes.  Dozens and dozens of bathroom towels, many of which had never been used.  And clothing, items, oh my, there were so many (in so many sizes); I’m pretty sure I owned more socks than my local Target.

Why would a single person own such a big house anyway?

I’m not as crazy as I sound. I rationalized that keeping the big house was a way to have a place where my rather large extended family could gather; it allowed for plenty of sleeping rooms for everyone.  And gather we did, but only a few times a year.  Those are memories I still treasure today.

Still, the rest of the time, it was mostly me in that big house all by myself, and that simply didn’t seem right to me anymore. The Freedom, Relief, and Joy You Can Experience by Letting Go

The whole big-house lifestyle eventually started to suffocate me and I ended up purging  90%+ of my belongings over a two year span (including the big house).

Don’t get me wrong;  letting go of so much was hard.  Very hard.  But, with each item I released, I felt a weight lifting off of me.

In time, I even found I didn’t need to keep all the sentimental items I’d been lugging around for decades and rarely giving much attention to over the years. Memories of the people and times associated with the items became enough for me.

My focus is clearer now; I no longer attribute value to stuff that keeps me from focusing on the things that do really matter in life.

Material goods never matter that much; it’s the people and your experiences with them that truly matter.

I lead a much simpler life now and  I vow to never again be overwhelmed by the “stuff” I own. I feel free now; there’s less overwhelm in my life and more joy.

I found that the greatest benefit of getting rid of stuff that no longer served me was that my stuff became a blessing to others.

I had closets full of clothes that I wasn’t wearing;  now people who need those clothes are wearing them.

I had furniture and kitchen items that did little more than gather dust in my home.  Today they are in use in others’ homes.

I had bedroom furniture that would get used a few times a year, while people in my community were sleeping on cold, hard floors with their children.  Today, people who were once in need are resting comfortably in the beds that were seldom used in my home.

Hey, I don’t advocate doing what I did; you don’t need to purge 90% of your belongings and sell your house.  You need to find what works for you!

I promise that if you start a little at a time, the process of letting go … the process that you now feel is way too overwhelming … suddenly becomes doable.  And, the benefits you reap will touch your life in so many ways. 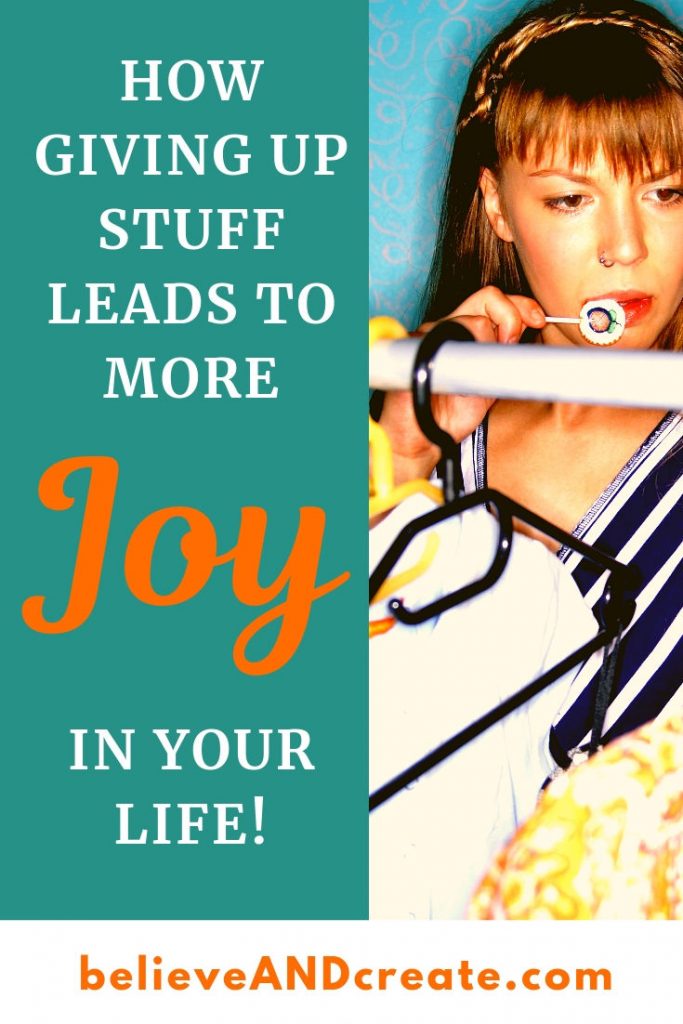