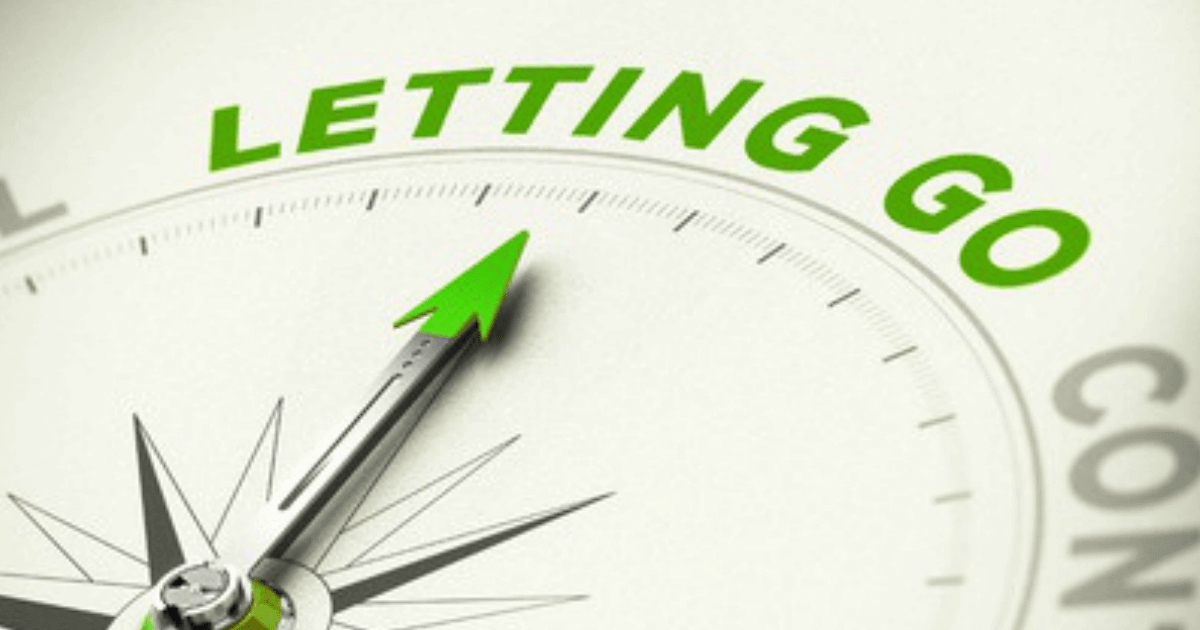 When you’re holding something in your hand that you don’t want to hold anymore, what do you do?   You let it go.  In fact, in this case, there is no secret to letting go … letting go is a no brainer.

If it’s a hot pan that’s burning your hand, you let go quickly.  You drop it and don’t care where it lands as long as it is away from you and not near anyone else, either.  To keep holding it would be absurd;  You don’t hold on to something that’s so painful.

Sure, maybe you wanted that pasta you were cooking and maybe it’s going to land on the floor and be inedible … but you don’t care. You know the longer you hold the flesh-burning pan, the more damage it’ll do to you.  You must let go now and deal with the mess later. You must let go and seek treatment for the burn right away and minimize the impact of the injury.  It’s the smart thing to do. 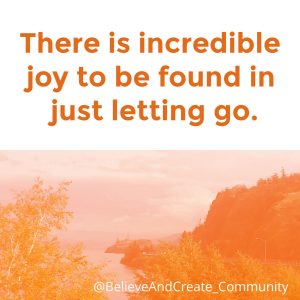 Before you can let go you must first notice the pain … you feel the pain.   It’s obvious that something is wrong.  In the case of the hot pan, your response to letting go is lightning fast. You understand that absolutely no good will come from clinging to it.  In fact, you know that continuing to cling to it will only make the situation worse.

But what about other things that are hurting you – how do you let go?  The first step to letting go of anything is the same:   you notice the pain … you feel the pain.  You feel that something is wrong. Then, you make a decision:  Do I want to continue to feel this pain or do I want to let it go?

The stronger the pain you’re feeling, the more confident you can be that what’s wrong will not go away on its own. You must respond in some way.

Now, let’s put this in some context that everyone can relate to because I believe we all hold on to things that aren’t good for at some point in our lives.

Here are some of the things I’ve clung to when I should have let go:

Frankly, holding on to a hot pan might have done less damage than some of the beliefs and situations I held on to in my life.  Yet, here’s the thing:   At any point in your life, at any time you’re in pain, you get to look at that pain and decide whether you want to let go.

Now, I’m not telling you that the moment you feel pain you should “drop the pan.”   There are some cases when pain helps you grow.  The pain of self-discipline leads to ultimate joy … that’s the pain you want in your life.  Don’t be afraid of that pain;  embrace it.

We all have an inner guidance system that helps us know when it’s time to let go.  Listen to that inner voice … the sooner you respond to it, the less pain you’ll feel.  The more you ignore it, the more pain you’ll feel.

So – how do you let go?  You notice the pain … feel the pain … and decide to release it.  And here’s the important thing: Once you let go, pick up something else that is right for you.

If you’re letting go of a relationship …

If you’re letting go of a bad habit, such as overeating or overspending …

If you’re letting go of faulty thinking that keeps you feeling inferior, unloved, or unworthy …

Sometimes, you’ll “let go” of a situation or problem in your life and find that you’ve picked it back up again.  Don’t freak out – that happens.  But the process for letting go again is the same: Notice when you’re holding on to something that is painful, decide whether you want to let it go, and be willing to release it.  Even if you don’t feel you can release it at that moment, begin affirming “I am willing to release __________  in my life.”  Just placing that simple yet sincere intention in your heart will help you find a way to let go.

One More Thing to Remember …

Last but not least, stop thinking that letting go of something means there will be a painful void in your life.  Letting go can be an enormously freeing experience, one that can and should be celebrated. Ever since that sweet little Disney princess from the movie Frozen belted out “Let it Go!  Let it Go!,”  we now have a powerful anthem to sing in our hearts (or aloud if you’re thus inclined) to remind ourselves that some things aren’t worth holding on to.  It may be corny, but I find myself humming this tune whenever I’m dragging my feet on letting go of something I know I need to release.  It makes me smile, which reminds me of why I wanted to let go in the first place.

Chances are if you’ve read this post, then you’re seriously thinking that it’s time to let go of something in your life.    Listen to that inner voice, be brave, and Let it Go!

Wishing you peace and love and much success in letting go of anything that’s not leading you to your highest good and your happiest life,  J. Marie Novak, Founder of BelieveAndCreate.com

“Let go.  Why do you cling to pain?  There is nothing you can do about the wrongs of yesterday.  It is not yours to judge.  Why hold on to the very thing which keeps you from hope and love?”  ~ Leo Buscaglia

“People have a hard time letting go of their suffering.  Out of a fear of the unknown, they prefer suffering that is familiar.”  ~ Thich Nhat Hanh

“There’s an important difference between giving up and letting go.”  ~ Jessica Hatchigan

“Open your arms to change, but don’t let go of your values.”  ~ Dalai Lama

“Some of us think holding on makes us strong, but sometimes it is letting go.”  ~ Hermann Hesse

“Courage is the power to let go of the familiar.”  ~ Raymond Linquist

“Letting go helps us to live in a more peaceful state of mind and helps restore our balance.  It allows others to be responsible for themselves and for us to take our hands off situations that do not belong to us.  This frees us from unnecessary stress.”  ~Melody Beattie

“You don’t need strength to let go of something.  What you really need is understanding.”  ~ Guy Finley

“We must be willing to let go of the life we’ve planned, so as to have the life that is waiting for us.”  ~ Joseph Campbell

“How deeply did you learn to let go?”  ~ The Buddha

5 thoughts on “Learn the Secret to Letting Go”